Who: You’ve got one guess

Where: The comfort of my couch

It’s the final episode of Seeking Sister Wife! I can’t find confirmation of a season 2 which doesn’t mean this show has been canceled but it also doesn’t mean it hasn’t been canceled. So tricky. With that in mind, let’s see how our families are going to finish off the season.

We begin for the last time in American Fork, UT with the Briney’s discussing whether or not to move because their landlord knows that they are polygamists and will likely take legal action against them. Everyone except April agrees that they need to get out before someone is thrown in jail. That seems reasonable. Drew says that before agreeing to do the show, he and his wives discussed (and knew) that at some point in the future they’d have to leave Utah and he doesn’t understand why April is resisting. Her counter is that her kids are in school, and her oldest son and daughter who have left home still live in the state. Um, aren’t all of your kids in school there? The wives seem astonished that April is acting so selfishly, but most surprising is that Drew has caught on too and he is Not. Having. It. 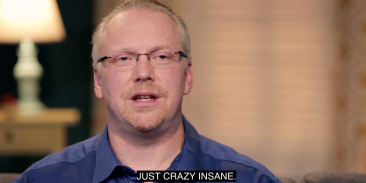 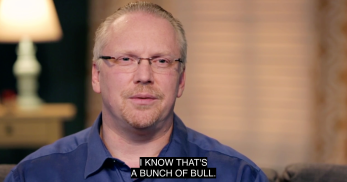 With almost no buffer we jump from the Briney’s to the Snowden’s in Atlanta, GA who are discussing approaching one of Ashley’s acquaintances, Jakira, about joining the family. Or maybe it’s them joining hers since she’s a single mom to five kids. Dimitri says that after the Jocelyn debacle he’s learned the importance of sisterhood. Oh you mean you’ve learned that cheating still exists even within a polyamorous relationship? Great. Good for you. The Snowden’s have a super stilted video call with Jakira and essentially invite themselves to NC to meet her. I’m not sure if she’s just not a verbally and facially emotive person, but I’d call Jakira’s response to Ashley and Dimitri tepid at best. I don’t remember if we’re ever told how Ashley and Jakira know each other, it seems like they’ve never met in real life, and now I’m super skeptical about this supposed previous contact.

In Provo, UT the Alldrege’s are meeting Melina for lunch to see if she could be a potential sister-wife. Just a reminder: Melina stood them up before, so Jeff and Vanessa are not exactly feeling warmly towards her at this point. Sharis, who was the most devastated when Melina went AWOL, is now onboard the Melina relationship train and really wants this to work out. Melina is the last to arrive at the restaurant, and quickly launches into an explanation of why she bailed on them before. Apparently, she packed her things, got to the airport, and couldn’t get on the plane because she didn’t feel a connection with Vanessa or Jeff. Um, wouldn’t you know that mid packing? Or halfway to the airport? Seems weird to get there and turn around but whatever. She then didn’t call them because she didn’t want to hear their disappointed voices. So instead, she left three people standing clueless in an airport arrivals gate holding handmade welcome signs. Yeah, I don’t think that’s the better option. Melina then essentially BLAMES Vanessa for her ghosting behavior, saying well “Vanessa doesn’t want to get to know me”, which throws Vanessa totally off guard. She admits she wasn’t communicating a lot but that connecting online is hard and that Melina seemed fine with that. Melina returns with Vanessa could have made more of an effort and that she was worthy of more effort. Whoa. Those are some fighting words and Sharis looks so bummed. When Melina leaves the table Vanessa says she’s feeling very defensive and unclear about why Melina is here now if she feels this way about her, and that’s a really good point.

Weirdly, when Melina returns Vanessa shares that in the couple of days following her not coming out she lost a pregnancy and was focused on her health. Melina sympathizes and says she knows how she feels, but she didn’t know Vanessa was going though a hard time. Way to make that last statement all about you. Vanessa extends an olive branch and says she’s open to building a friendship and I just don’t understand why, after all that, she’d want this person in her life. I feel like there’s got to be footage of this meal on the cutting room floor that would explain her shift in attitude, because otherwise I just don’t see it. Jeff offers to meet again for dinner or introduce her to the kids, and Melina’s response is she’ll let Sharis know what she decides. I don’t know why that bugs me but it really does. Melina tells the producer as she’s leaving that she doesn’t feel a strong connection with Jeff and I think all parties involved should not move forward and hopefully for once people on TV take my advice.

Oh good the Snowden’s have made it to NC and we get at least four different shots of airplanes landing to really drive that point home. We also get touristy shots of Salem-Winston and the outside of their car as they’re driving which take up even more time. Um TLC I know you have 52 minutes worth of TV, we don’t need all this filler. Ashley is worried about if her friendship with Jakira will survive even if she doesn’t become part of the family, and I ask again what friendship? Explain yourselves! She’s also nervous about commingling her soon to be three children with Jakira’s five. Yeah that would be top of my list of possible concerns. Ashley tells Dimitri she’s going to let him take the lead on this since she already has a relationship with Jakira (side-eye).

Before we can see this famous date go down we’re whisked back to UT to see how the Briney’s are coping with the upcoming move. If you thought the answer was going to be “really well” I’m concerned for you. Auralee and Angela are discussing the stress of 1) picking a new state to move into/leaving their UT based support system 2) Drew finding new work and 3) locating a house big enough to keep the family together, all on a tight schedule. Both women are pissed that April wants to stay in UT, which would split the family. Auralee, who’s been sister wives with April for twelve years now, feels particularly hurt that April is so comfortable just walking away. They also discuss how April, as the legal wife, would not face jail time or her children being taken away like they would but that Drew could be incarcerated so they’re confused about why she’s not more concerned. Auralee thinks this issue is so serious that Drew and April could end up divorced if April doesn’t want to move with the family. I have the suspicion that Auralee and Angela secretly have their fingers crossed that that might happen.

Freaking finally we’ve arrived at the Snowden’s date and they’ve rented out one of those painting and wine places. Jakira shows up in white pants which I think is a pretty confident move if you know you’re going to be doing some painting. Dimitri and Ashley have their easels on one side of the table, with Jakira opposite and I think that dynamic actually makes it more awkward since she’s blocked from view. Dimitri tries to engage her in chitchat which goes nowhere before Jakira asks how long they’ve been actively dating and if it’s been going well. Ashley’s remark is essentially obviously not since we’re here, which I thought was surprisingly honest. Overall this very hyped date seemed okay but I didn’t see any sparks fly.

Oh good we’re back with the Briney’s and their perpetual drama. Drew sits down with April to see how she’s feeling about moving and it seems April’s plan is to throw everything at the wall in the hope something will stick so she doesn’t have to leave. She starts with getting teary-eyed over having to move their teenaged son in the middle of the term and Drew’s like, yeah he’ll be okay. Next she wonders if instead of rotating every night Drew could come stay with her for a week and then do every other night while living with Auralee and Angela. Drew points out that he could get ten years in prison and April’s response is “so you won’t even think about it?” Drew says absolutely not and I’ll just leave this for you: 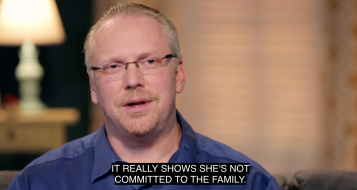 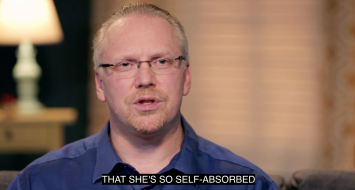 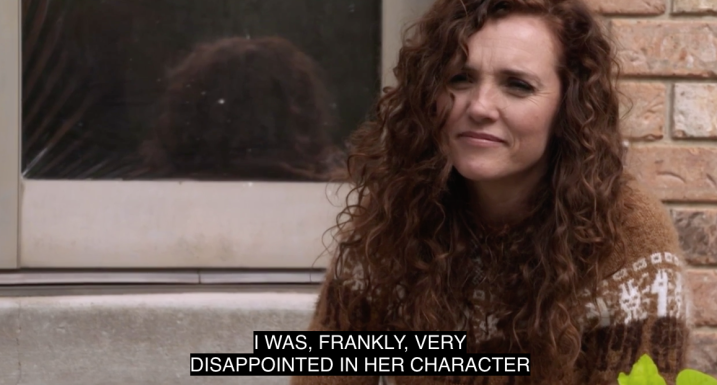 Oh yeah the Alldrege’s are still on this show. Shocking no one except Sharis, Melina does not want to part of their family. They think where Melina went wrong was expecting to feel a connection with every member of the family before deciding to join, because polygamy doesn’t work like regular dating. From what I’ve seen (on edited TV keep that in mind) that appears to be true. The trio remain undaunted and will continue to be open to meeting potential sister wives. Put a bow on their story arc it’s done.

Meanwhile, the Snowden’s are back in Atlanta discussing whether to move forward with Jakira. Ashley is excited and while Dimitri is not, he’s trying not to squash Ashley’s dreams just yet. He’s not sure if Jakira’s personality is too reserved/introverted and Ashley’s all, well let’s go on some more dates to find out! Dimitri looks like he’s mulling that over but I think he’s just trying to come up with a scenario that doesn’t make him look like the bad guy. In a separate cutaway they express how happy they are that polyamory is gaining more mainstream acceptance and that more people are being made aware of this lifestyle. Bye Snowden’s it was nice knowing ya! 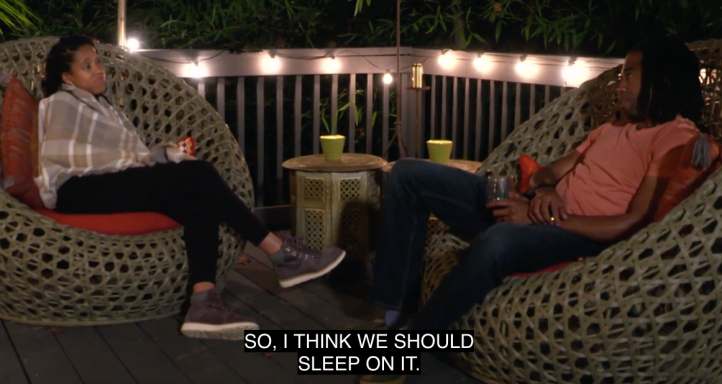 It’s two weeks later and Auralee, Angela, Drew, and the kids are packing up the house because they’re moving to–drumroll please–Oregon! The kids are really excited because they wont have to hide the fact that Drew’s their father or pretend to not be related to their other siblings. It’s actually really sweet. Auralee and Angela are also looking forward to calling Drew their husband and not having to pretend to be a live-in nanny or sister-in-law. April meanwhile has not packed any of her things and looks beyond miserable in this sea of excitement. When asked why she’s made no progress she says she doesn’t want to go and that maybe that’s what’s best for everyone. Dun dun dun! Auralee doesn’t want to break up the family and is practically forced to invite April to join them in Oregon. Auralee remembers April saying that as the first wife, she chose to have these women join the family, but she doesn’t feel like they would have chosen her. This leads us to the ultimate Grey’s Anatomy/Seeking Sister Wife crossover event: 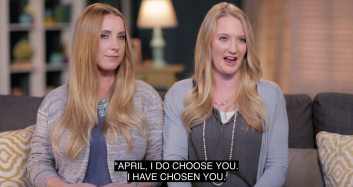 Do you remember that scene from approximately one hundred years ago? Oh Grey’s you were so good. Anyway, once Auralee declares her love for April she decides that she’ll move to Oregon too. Praise the heavens that’s over and everyone has a group hug.

So how’d things end up for our families? 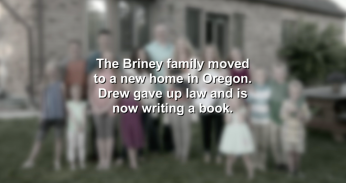 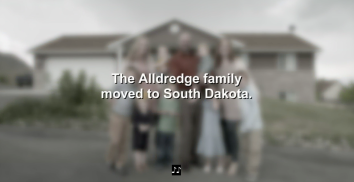 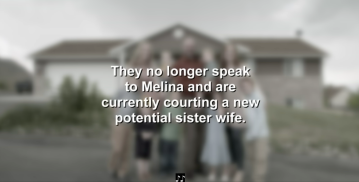 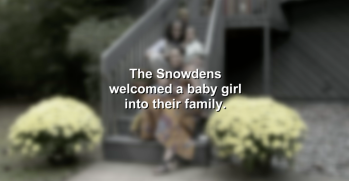 What?! Where do I send my resume and cover letter?

Can’t get enough polygamy? Don’t worry I’m still covering the Sister Wives shenanigans and I’m sure TLC/Bravo/E! will throw another show out sooner rather than later.